Rules for Thee Not Me & Proof that Lockdowns Are Working? 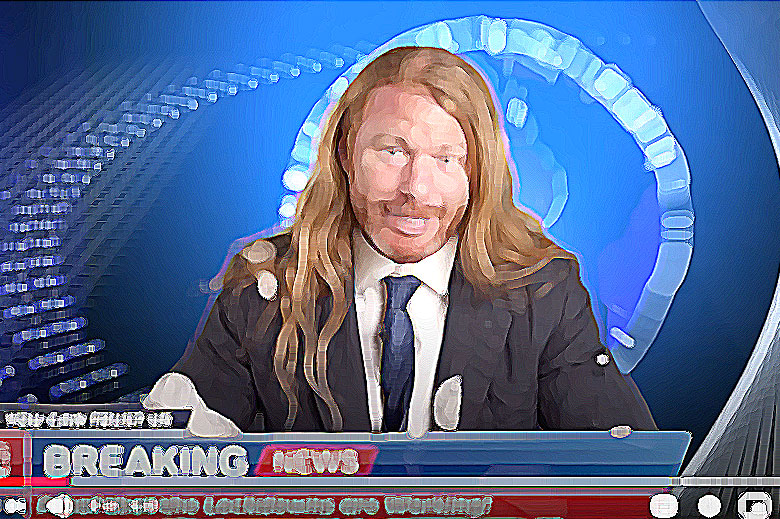 As we head into a second lockdown phase let’s not direct our attention to actual data, statistics and charts that show us that lockdowns actually have no statistically significant effect on the trajectory of the “viral spread” as can be seen in the chart below, but rather, let’s step back and take pause. A little laugh can often ease some pain and make you see things from a different perspective.

California has had a nearly identical case trajectory as Texas…

One more before we get started.

We’ll take a closer look at graphs in another post-but for now, on with the show. And below a sampling of those who seem to find their own mandates bothersome.

WHO Reverses Course, Now Advises Against Use of ‘Punishing’ Lockdowns

…And even as the WHO calls on nations to refrain from imposing lockdowns, many governments continue to use this strategy.

… the study says lockdowns “prolong the epidemic, in some cases resulting in more deaths long-term.”

If we want to avoid any more harm, we should immediately end these disastrous policies. Any fresh calls to impose lockdowns should now be viewed with the utmost skepticism.

Never mind all that (nor any of the actual evidence or data compiled over the last 9 months) and do what we say!

Fauci Slammed For Finally Admitting Schools Should Be Open

Lockdown zealot Dr. Anthony Fauci was slammed this week for finally admitting that schools should have been open despite coronavirus restrictions, with critics charging that children have been subjected to eight months of hell for no good reason.

During a Sunday appearance on ABC’s “This Week”, Fauci stated that “The default position should be to try as best as possible, within reason, to keep the children in school, to get them back to school.”

Dr. Deborah Birx, coordinator of the White House coronavirus response, warned Americans to “be vigilant” and limit celebrations to “your immediate household.”

For many Americans that guidance has been difficult to abide, including for Birx herself.

The day after Thanksgiving, she traveled to one of her vacation properties on Fenwick Island in Delaware. She was accompanied by three generations of her family from two households. Birx, her husband Paige Reffe, a daughter, son-in-law and two young grandchildren were present.

In early November, as health officials warned of an impending COVID-19 spike, Austin Mayor Steve Adler hosted an outdoor wedding and reception with 20 guests for his daughter at a trendy hotel near downtown.

The next morning, Adler and seven other wedding attendees boarded a private jet bound for Cabo San Lucas, Mexico, where they vacationed for a week at a family timeshare.

One night into the trip, Adler addressed Austin residents in a Facebook video: “We need to stay home if you can. This is not the time to relax. We are going to be looking really closely. … We may have to close things down if we are not careful.”

….Williamson County Judge Bill Gravell, a Republican, paid a $1,000 fine for violating his stay-home order by visiting his grandson on his birthday after donning fire protection equipment.

Denver Mayor Michael Hancock, a Democrat, issued a public apology after urging residents not to travel for Thanksgiving, then flying to Missisissippi to see his family.

LA residents are ordered to stay in their homes: Mayor Garcetti tells 4million citizens to remain indoors and says it’s ‘time to cancel everything’ as hospitalizations and cases surge

….restricts some non-essential businesses and prohibits social gatherings outside a single household.

During the lockdown, politicians continued to draw their taxpayer-funded paychecks and telecommute from the comfort of their homes.  Meanwhile, they targeted small businesses that depend on dealings with the public.  More than any other business, restaurants were in Democrat politicians’ crosshairs.

As of mid-September, more than 100,000 restaurants had closed across America.  In the two months since then, it’s certain that several thousand more have closed.  The San Francisco Chronicle, for example, runs a regular column identifying restaurants that are gone.

Every closed restaurant represents several people’s lives going down the drain.  The owner who sank all of his money in the restaurant, the employees who worked there, the suppliers who were dependent on its custom, and the surrounding stores who counted on the foot traffic it brought — all of it’s gone.  And I might add, there’s no reason to believe that these horrific losses made a damned bit of difference to the course of a virus that is relentlessly working its way through the population.

While the people have suffered, the politicians imposing this suffering, like European royalty of old, have flaunted their special status.

Denver’s mayor, Michael Hancock, flew to his family within 30 minutes of telling Denver citizens to stay home for Thanksgiving.

Andrew Cuomo, having reinstated the lockdown across New York, boasted about his family coming home for Thanksgiving.

Illinois’s Governor J.B. Pritzker, another Democrat millionaire, was happy to see his family travel during the height of the spring lockdown.

Pennsylvania’s health secretary, “Rachel” Levine,… forced sick people into nursing homes in May, even as he secretly removed his own mother.

And in California, Governor Gavin Newsom started by making headlines for imposing ridiculously stringent lockdown rules on people’s Thanksgiving celebrations, including requiring outdoor dining only, suggesting masks throughout the meal, giving people limited permission to use the bathroom, and cracking down on singing.

Then, just before Thanksgiving, photos emerged of Newsom and his wife having an indoor dinner with a large crowd of lobbyists at the über-expensive French Laundry in Napa Valley.  None of the guests was masked.  Afterward, Newsom gave a fake apology….

Some reported that there were actually 20 people at the dinner party. There are also figures for the bar tab ranging from $12,000 to $15,000.

The latest politician who can’t be bothered with the rules she imposes on little people is former Hollywood actress Sheila Kuehl:  the Los Angeles County Supervisor, a Democrat, ate outdoors at Il Forno Trattoria in Santa Monica, just hours after casting the deciding vote to ban all outdoor dining in the county last week.

And last but not least-this should take the cake…

“I’m losing everything,” she adds. “Everything I own is being taken away from me.