What Does The US Government Want in Ukraine? 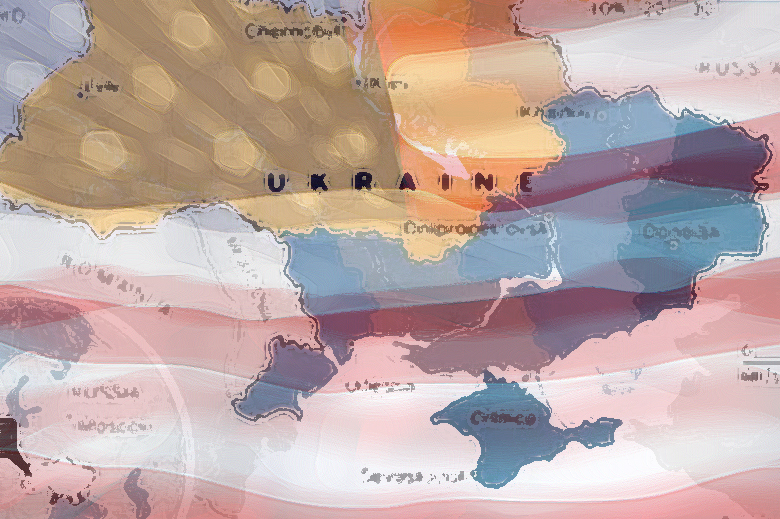 If you go by the mainstream media, the biggest issues facing us Americans seem to be the NFL draft, players and who they’re kissing and more racism, this time in the NBA. While these issues fall short on truly informing the public, they do accomplish the goals to Distract and Divide.

Here is another look at some of what is actually going on that will indeed have an impact on our lives and more importantly the future for our children.

Ron Paul Asks “What Does The US Government Want in Ukraine?”

In several eastern Ukrainian towns over the past week, the military opened fire on its own citizens. Dozens may have been killed in the violence. Although the US government generally condemns a country’s use of military force against its own population, especially if they are unarmed protesters, this time the US administration blamed the victims. After as many as 20 unarmed protesters were killed on the May 9th holiday in Ukraine, the State Department spokesman said “we condemn the outbreak of violence caused by pro-Russia separatists.”

Why are people protesting in eastern Ukraine? Because they do not believe the government that came to power after the US-backed uprising in February is legitimate. They do not recognize the authority of an unelected president and prime minister. The US sees this as a Russian-sponsored destabilization effort, but is it so hard to understand that the people in Ukraine may be annoyed with the US and EU for their involvement in regime change in their country? Would we be so willing to accept an unelected government in Washington put in place with the backing of the Chinese and Iranians?

The US State Department provided much assistance earlier this year to those involved in the effort to overthrow the Ukrainian government. The US warned the Ukrainian government at the time not to take any action against those in the streets, even as they engaged in violence and occupied government buildings. But now that those former protesters have come to power, the US takes a different view of protest. Now they give full support to the bloody crackdown against protesters in the east. The State Department spokesperson said last week: “We continue to call for groups who have jeopardized public order by taking up arms and seizing public buildings in violation of Ukrainian law to disarm and leave the buildings they have seized.” This is the opposite of what they said in February. Do they think the rest of the world does not see this hypocrisy?

The residents of eastern Ukraine have long been closer to Russia than to the US and EU. In fact, that part of Ukraine had been a part of Russia. After February’s regime change, officials in the east announced that they would hold referenda to see whether the population wanted autonomy from the US-backed government in Kiev. The US demanded that Russian President Putin stop eastern Ukraine from voting on autonomy, and last week the Russian president did just that: he said that the vote should not be held as scheduled. The eastern Ukrainians ignored him and said they would hold the vote anyway. So much for the US claims that Russia controls the opposition in Ukraine.

Even though the Russian president followed US demands and urged the eastern Ukrainians to hold off on the vote, the US State Department announced that the US would apply additional sanctions on Russia if the vote is held! Does this make any sense?

The real question is why the US government is involved in Ukraine in the first place. We are broke. We cannot even afford to fix our own economy. Yet we want to run Ukraine? Does it really matter who Ukrainians elect to represent them? Is it really a national security matter worth risking a nuclear war with Russia whether Ukraine votes for more regional autonomy and a weaker central government? Isn’t that how the United States was originally conceived?

Has the arrogance of the US administration, thinking they should run the world, driven us to the brink of another major war in Europe? Let us hope they will stop this dangerous game and come to their senses. I say let’s have no war for Ukraine!

R. Hunter Biden will be in charge of the Holdings’ legal unit and will provide support for the Company among international organizations. On his new appointment, he commented: “Burisma’s track record of innovations and industry leadership in the field of natural gas means that it can be a strong driver of a strong economy in Ukraine. As a new member of the Board, I believe that my assistance in consulting the Company on matters of transparency, corporate governance and responsibility, international expansion and other priorities will contribute to the economy and benefit the people of Ukraine.”

The youngest son of U.S. Vice President Joe Biden, Hunter Biden, has been appointed head of legal affairs at Ukraine’s largest private gas producer — a move he said would benefit Ukrainians and the country’s economy.

In a statement published Monday on its website, Burisma Holdings announced Hunter Biden would join its board of directors and head the company’s legal unit.

Hunter’s father, as U.S. Vice President, has repeatedly rebuked Russia for its reported involvement in Ukraine and has pledged to support efforts to reduce its dependency on Russian energy.

In what is becoming a weekly ritual, the German press continues to demolish the US case of “idealistic humaniatrian” Ukraine intervention. Recall, that it was a week ago that German tabloid Bild am Sonntag, hardly the most reputable source but certainly one which reaches the broadest audience, reported that dozens of CIA and FBI agents were “advising the Ukraine government.” This conclusion is hardly a stretch and certainly based on facts considering the recent semi-secret jaunt by CIA head Brennan to Kiev.

Fast forward one week when overnight the same Bild reported that about 400 elite mercenary commandos of the private US security firm, Academi, f/k/a Xe Services, f/k/a Blackwater “are involved in a punitive operation mounted by Ukraine’s new government” against east Ukraine separatists.

“I think Washington badly miscalculated this whole Ukraine business.  It was an act of hubris, arrogance and stupidity.  They are mad at Russia for blocking their attack on Syria and blocking their attack on Iran. They said ‘we’ll teach them.’  We’ll give them trouble in their own backyard and not to get in our way anymore.”  The threat of sanctions has made the Russians realize the dollar system is not in their interest, and they are going to leave it. . .

“I think also the Fed did not want it to get out that some large country is unloading Treasuries.  Somebody dropped over $100 billion in Treasuries in one week.  If that was a large holder and that became known, it could panic smaller holders and you could see a stampede, and the Fed could lose control of interest rates.  So, I think the Fed thought the best thing to do is launder its purchase through a different country; and, thereby, disguise what is actually happening.”

On the steep drop in GDP growth of a paltry .1% in the first quarter, Dr. Roberts says, “What I find most amusing about this is they had to claim some real growth in the first quarter; so, they eked out .1%.  Now we know they got that by rigging the inflation number they used to deflate the gross domestic product (GDP).  The real GDP in the first quarter, properly deflated, was negative and probably also in the fourth quarter.  Most likely, this coming quarter, they are not going to be able to hide the fact that it is negative. . . . I am convinced the first quarter was negative, and I don’t see how it could possibly go positive in the second quarter.”

That Russia has been pushing for trade arrangements that minimize the participation (and influence) of the US dollar ever since the onset of the Ukraine crisis (and before) is no secret: this has been covered extensively.

However, as much as it may trouble the statists to read, Russia is actively pushing on with plans to put the US dollar in the rearview mirror and replace it with a dollar-free system. Or, as it is called in Russia, a “de-dollarized” world.

None of what Russia is contemplating would have any practical chance of implementation if it weren’t for other nations who would engage in USD-free bilateral trade relations. Such countries, however, do exist and it should come as a surprise to nobody that the two which have already stepped up are none other than China and Iran.

In other words, in one week’s time look for not only the announcement of the Russia-China “holy grail” gas agreement described previously here, but its financial terms, which now appears virtually certain will be settled exclusively in RUB and CNY. Not USD.

And as we have explained repeatedly in the past, the further the west antagonizes Russia, and the more economic sanctions it lobs at it, the more Russia will be forced away from a USD-denominated trading system and into one which faces China and India. Which is why next week’s announcement, as groundbreaking as it most certainly will be, is just the beginning.

Meet The Brand New, And Shocking, Third Largest Foreign Holder Of US Treasurys

The following video is commentary on Ukraine by Charlie McGrath, Iraq combat veteran and founder of Wide Awake News.

For more on Ukraine: