The Epidemic That Wasn’t -Following the Same Playbook? 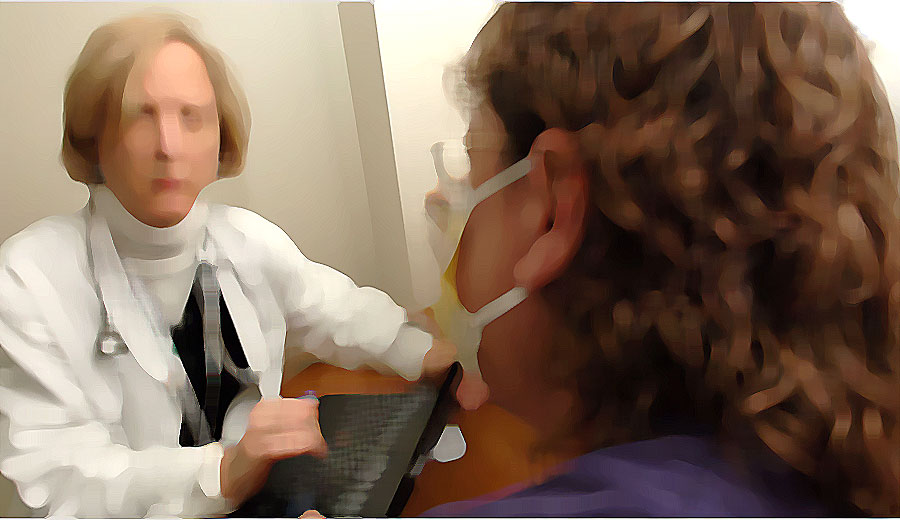 Step back if you still have any critical thinking capacity left after 18 months of endless fear-mongering and propaganda and see if you can detect any similarities?

Faith in Quick Test Leads to Epidemic That Wasn’t

Dr. Brooke Herndon, an internist at Dartmouth-Hitchcock Medical Center, could not stop coughing. For two weeks starting in mid-April last year, she coughed, seemingly nonstop, followed by another week when she coughed sporadically, annoying, she said, everyone who worked with her.

Before long, Dr. Kathryn Kirkland, an infectious disease specialist at Dartmouth, had a chilling thought: Could she be seeing the start of a whooping cough epidemic? By late April, other health care workers at the hospital were coughing, and severe, intractable coughing is a whooping cough hallmark. And if it was whooping cough, the epidemic had to be contained immediately because the disease could be deadly to babies in the hospital and could lead to pneumonia in the frail and vulnerable adult patients there.

It was the start of a bizarre episode at the medical center: the story of the epidemic that wasn’t.

For months, nearly everyone involved thought the medical center had had a huge whooping cough outbreak, with extensive ramifications. Nearly 1,000 health care workers at the hospital in Lebanon, N.H., were given a preliminary test and furloughed from work until their results were in; 142 people, including Dr. Herndon, were told they appeared to have the disease; and thousands were given antibiotics and a vaccine for protection. Hospital beds were taken out of commission, including some in intensive care.

Then, about eight months later, health care workers were dumbfounded to receive an e-mail message from the hospital administration informing them that the whole thing was a false alarm.

Not a single case of whooping cough was confirmed with the definitive test, growing the bacterium, Bordetella pertussis, in the laboratory. Instead, it appears the health care workers probably were afflicted with ordinary respiratory diseases like the common cold.

Now, as they look back on the episode, epidemiologists and infectious disease specialists say the problem was that they placed too much faith in a quick and highly sensitive molecular test that led them astray.

Infectious disease experts say such tests are coming into increasing use and may be the only way to get a quick answer in diagnosing diseases like whooping cough, Legionnaire’s, bird flu, tuberculosis and SARS, and deciding whether an epidemic is under way.

There are no national data on pseudo-epidemics caused by an overreliance on such molecular tests, said Dr. Trish M. Perl, an epidemiologist at Johns Hopkins and past president of the Society of Health Care Epidemiologists of America. But, she said, pseudo-epidemics happen all the time. The Dartmouth case may have been one the largest, but it was by no means an exception, she said.

There was a similar whooping cough scare at Children’s Hospital in Boston last fall that involved 36 adults and 2 children. Definitive tests, though, did not find pertussis.

“It’s a problem; we know it’s a problem,” Dr. Perl said. “My guess is that what happened at Dartmouth is going to become more common.”

Many of the new molecular tests are quick but technically demanding, and each laboratory may do them in its own way. These tests, called “home brews,” are not commercially available, and there are no good estimates of their error rates. But their very sensitivity makes false positives likely, and when hundreds or thousands of people are tested, as occurred at Dartmouth, false positives can make it seem like there is an epidemic.

“You’re in a little bit of no man’s land,” with the new molecular tests, said Dr. Mark Perkins, an infectious disease specialist and chief scientific officer at the Foundation for Innovative New Diagnostics, a nonprofit foundation supported by the Bill and Melinda Gates Foundation. “All bets are off on exact performance.”

Of course, that leads to the question of why rely on them at all. “At face value, obviously they shouldn’t be doing it,” Dr. Perl said. But, she said, often when answers are needed and an organism like the pertussis bacterium is finicky and hard to grow in a laboratory, “you don’t have great options.”

Waiting to see if the bacteria grow can take weeks, but the quick molecular test can be wrong. “It’s almost like you’re trying to pick the least of two evils,” Dr. Perl said.

At Dartmouth the decision was to use a test, P.C.R., for polymerase chain reaction. It is a molecular test that, until recently, was confined to molecular biology laboratories.

“That’s kind of what’s happening,” said Dr. Kathryn Edwards, an infectious disease specialist and professor of pediatrics at Vanderbilt University. “That’s the reality out there. We are trying to figure out how to use methods that have been the purview of bench scientists.”

The Dartmouth whooping cough story shows what can ensue.

To say the episode was disruptive was an understatement, said Dr. Elizabeth Talbot, deputy state epidemiologist for the New Hampshire Department of Health and Human Services.

“You cannot imagine,” Dr. Talbot said. “I had a feeling at the time that this gave us a shadow of a hint of what it might be like during a pandemic fluepidemic.”

Yet, epidemiologists say, one of the most troubling aspects of the pseudo-epidemic is that all the decisions seemed so sensible at the time.

Dr. Katrina Kretsinger, a medical epidemiologist at the federal Centers for Disease Control and Prevention, who worked on the case along with her colleague Dr. Manisha Patel, does not fault the Dartmouth doctors.

“The issue was not that they overreacted or did anything inappropriate at all,” Dr. Kretsinger said. Instead, it is that there is often is no way to decide early on whether an epidemic is under way.

Before the 1940s when a pertussis vaccine for children was introduced, whooping cough was a leading cause of death in young children. The vaccine led to an 80 percent drop in the disease’s incidence, but did not completely eliminate it. That is because the vaccine’s effectiveness wanes after about a decade, and although there is now a new vaccine for adolescents and adults, it is only starting to come into use. Whooping cough, Dr. Kretsinger said, is still a concern.

The disease got its name from its most salient feature: Patients may cough and cough and cough until they have to gasp for breath, making a sound like a whoop. The coughing can last so long that one of the common names for whooping cough was the 100-day cough, Dr. Talbot said.

But neither coughing long and hard nor even whooping is unique to pertussis infections, and many people with whooping cough have symptoms that like those of common cold: a runny nose or an ordinary cough.

“Almost everything about the clinical presentation of pertussis, especially early pertussis, is not very specific,” Dr. Kirkland said.

That was the first problem in deciding whether there was an epidemic at Dartmouth.

The second was with P.C.R., the quick test to diagnose the disease, Dr. Kretsinger said.

With pertussis, she said, “there are probably 100 different P.C.R. protocols and methods being used throughout the country,” and it is unclear how often any of them are accurate. “We have had a number of outbreaks where we believe that despite the presence of P.C.R.-positive results, the disease was not pertussis,” Dr. Kretsinger added.

At Dartmouth, when the first suspect pertussis cases emerged and the P.C.R. test showed pertussis, doctors believed it. The results seem completely consistent with the patients’ symptoms.

“That’s how the whole thing got started,” Dr. Kirkland said. Then the doctors decided to test people who did not have severe coughing. ((testing asymptomatic individuals))

“Because we had cases we thought were pertussis and because we had vulnerable patients at the hospital, we lowered our threshold,” she said. Anyone who had a cough got a P.C.R. test, and so did anyone with a runny nose who worked with high-risk patients like infants.

“If we had stopped there, I think we all would have agreed that we had had an outbreak of pertussis and that we had controlled it,” Dr. Kirkland said.

But epidemiologists at the hospital and working for the States of New Hampshire and Vermont decided to take extra steps to confirm that what they were seeing really was pertussis.

The Dartmouth doctors sent samples from 27 patients they thought had pertussis to the state health departments and the Centers for Disease Control. There, scientists tried to grow the bacteria, a process that can take weeks. Finally, they had their answer: There was no pertussis in any of the samples.

“We thought, Well, that’s odd,” Dr. Kirkland said. “Maybe it’s the timing of the culturing, maybe it’s a transport problem. Why don’t we try serological testing? Certainly, after a pertussis infection, a person should develop antibodies to the bacteria.”

They could only get suitable blood samples from 39 patients — the others had gotten the vaccine which itself elicits pertussis antibodies. But when the Centers for Disease Control tested those 39 samples, its scientists reported that only one showed increases in antibody levels indicative of pertussis.

The disease center did additional tests too, including molecular tests to look for features of the pertussis bacteria. Its scientists also did additional P.C.R. tests on samples from 116 of the 134 people who were thought to have whooping cough. Only one P.C.R. was positive, but other tests did not show that that person was infected with pertussis bacteria. The disease center also interviewed patients in depth to see what their symptoms were and how they evolved.

“It was going on for months,” Dr. Kirkland said. But in the end, the conclusion was clear: There was no pertussis epidemic.

“We were all somewhat surprised,” Dr. Kirkland said, “and we were left in a very frustrating situation about what to do when the next outbreak comes.”

Dr. Cathy A. Petti, an infectious disease specialist at the University of Utah, said the story had one clear lesson.

“The big message is that every lab is vulnerable to having false positives,” Dr. Petti said. “No single test result is absolute and that is even more important with a test result based on P.C.R.”

As for Dr. Herndon, though, she now knows she is off the hook.

“I thought I might have caused the epidemic,” she said.

All the “others” died for various reasons, although their PCR test was positive.

“We live in a fraud of unprecedented dimensions,” wrote Dias.

“All those responsible for handling data from ‘cases’ and ‘deaths’ can, thereafter, only be tried for the crime if there is any dignity remaining in the rule of law,” he continued.

“If these figures are of the same order of magnitude for other countries as well, and there is no reason to assume otherwise, then the plague is a deception of unprecedented proportions and crimes committed against humanity on a huge scale have been committed here.”

“…Only 6% of COVID-19 deaths include only COVID-19 as the cause on the death certificate, according to the U.S. Centers for Disease Control and Prevention. This means for the other 94%, additional causes are listed, with an average of 2.9 additional conditions or causes of death included”

In March 2020, the CDC changed the way COVID-19 deaths are reported on death certificates, resulting in a dramatic — and possibly illegal — inflation of fatalities that drove restrictive public health policies threatening health freedom