After 6 Years Of QE, And A $4.5 Trillion Balance Sheet, St. Louis Fed Admits QE Was A Mistake 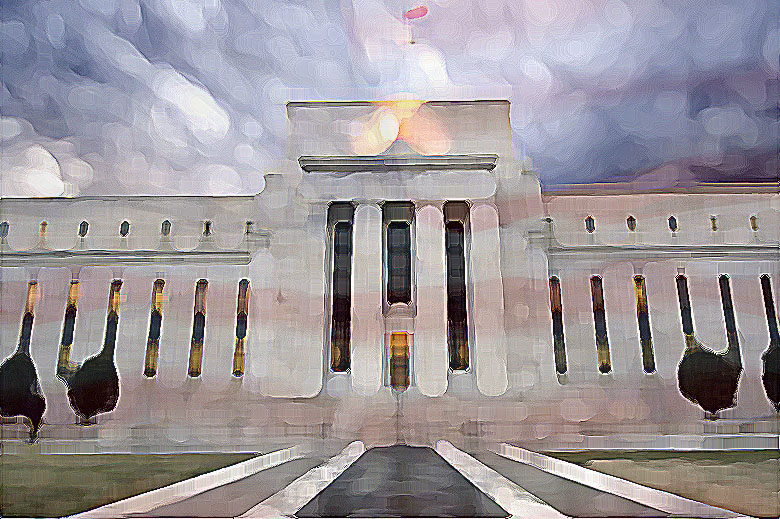 After years of sounding the alarm that Fed policy was not helping the real economy but merely papering over insolvency and propping up asset prices, it appears those in the inner circles may be letting the cat out of the bag.

As you’re no doubt aware, the Fed is fond of using the research departments at its various branches to validate policy and analyze away bad economic outcomes. For instance, earlier this year, the San Francisco Fed came up with an academic justification for the now infamous double seasonally adjusted GDP print – they call it “residual seasonality.” Then there’s the NY Fed, where researchers recently took to the bank’s blog to explain why, despite all evidence to the contrary, Treasury liquidity is “fairly favorable.”

Be that as it may, someone will occasionally say something really inconvenient – like when, back in April, the St. Louis Fed warned that the American Middle Class was “under more pressure than you think,” a situation the bank blamed on the diverging fortunes (literally) of the haves and the have nots in the post-crisis world. The implication – made clear in the accompanying graphics – was that QE was effectively eliminating the Middle Class.

Now, the very same St. Louis Fed (this time in the form of a white paper by the bank’s vice president Stephen D. Williamson), is out questioning the efficacy of QE when it comes to stoking inflation and boosting economic activity.

Williamson says the theory behind QE is “not well-developed”, and calls the evidence in support of Ben Bernanke’s views on the transmission mechanisms whereby asset purchases affect outcomes “mixed at best.”

“All of [the] research is problematic,” Williamson continues, as “there is no way to determine whether asset prices move in response to a QE announcement simply because of a signalling effect, whereby QE matters not because of the direct effects of the asset swaps, but because it provides information about future central bank actions with respect to the policy interest rate.” In other words, it could be that the market is just reading QE as a signal that rates will stay lower for longer and that read is what drives market behavior, not the actual bond purchases.

But the most damning critique of Bernanke’s response to the crisis is this:

There is no work, to my knowledge, that establishes a link from QE to the ultimate goals of the Fed inflation and real economic activity. Indeed, casual evidence suggests that QE has been ineffective in increasing inflation. For example, in spite of massive central bank asset purchases in the U.S., the Fed is currently falling short of its 2% inflation target. Further, Switzerland and Japan, which have balance sheets that are much larger than that of the U.S., relative to GDP, have been experiencing very low inflation or deflation.

And then there’s this:

Thus, the Fed’s forward guidance experiments after the Great Recession would seem to have done more to sow confusion than to clarify the Fed’s policy rule.

So in sum, the vice President of the St. Louis Fed has taken a look around and discovered that in fact, not only have trillions in asset purchases not worked when it comes to creating “healthy” inflation and boosting growth in the US, these asset purchases haven’t worked anywhere they’ve been tried. Furthermore, he’s noticed that central bankers that adhere, in a perpetual state of Einsteinian insanity, to the Taylor principle, will never be able to raise rates and finally, he thinks that the more the Fed talks, the more confused the public gets about what it is the central bank intends to do.

We would agree on all accounts here, although when it comes to forward guidance and discerning what the Fed’s goal is, actions, as they say, speak far louder than words and with the S&P 500 having levitated some 200% since March of 2009, we don’t think anyone is truly “confused.”

If you’ve had your head in the sand the previous posts below will help bring you up to speed.

Financial Repression For Dummies: What Has Really Been Going On Since The Crisis of 2008

The Greatest Ponzi of All Time? THe Central Banks Are Terrified of One Thing: BONDS

4 thoughts on “After 6 Years Of QE, And A $4.5 Trillion Balance Sheet, St. Louis Fed Admits QE Was A Mistake”