No Masks at the Super Bowl: Rules For Thee Not Me: They all know….it’s B$ 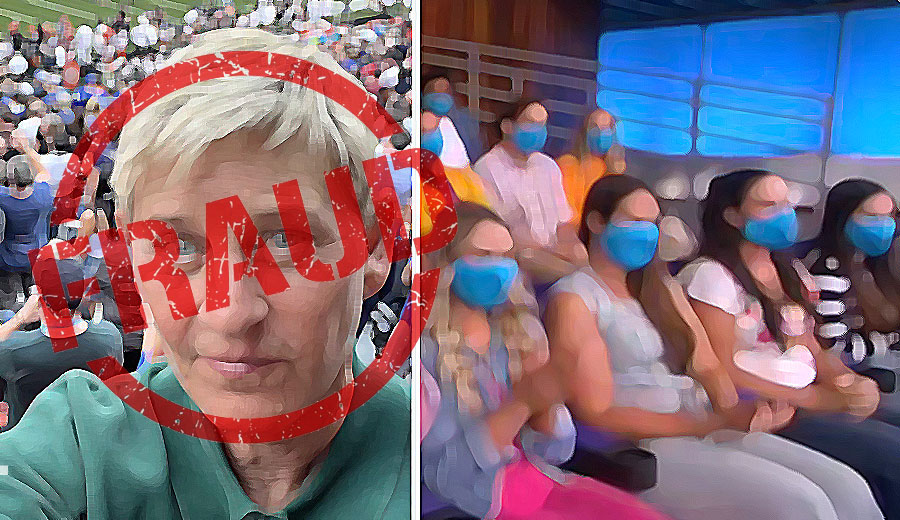 Rep. Dan Crenshaw, R-Texas, said on Monday that Hollywood stars and Democrats being spotted without masks at the Super Bowl shows they only like to virtue signal about the coronavirus pandemic.

“I think this is just increasingly frustrating for Americans as this ‘rules for thee, but not for me’ nonsense occurs. Eric Garcetti said he was just holding his breath. I’m sure all these celebrities were holding their breath the entire time,”

LA Mayor @ericgarcetti once again ignoring the mask mandate. That’s the second game in a row (last time he said he was holding his breath), but they are still forcing kids to wear masks every day. pic.twitter.com/PaGRhbye2x

Great summary of all the mask hypocrisy tonight at the #SuperBowl https://t.co/CHG5InT8TH

Here's a roundup of every celebrity caught maskless at the Super Bowl: pic.twitter.com/tufHxq7KYy

Here’s the video of every celebrity without a mask during the Super Bowl. But every kid in California will have to be wearing them tomorrow in school. They must all be holding their breaths the entire game. pic.twitter.com/Dc9yVd7RPf

California is still under a “state of emergency" but I'm pretty sure last nights super bowl was the final nail in the coffin for the official narrative! pic.twitter.com/I4UiuKUZpF

Celebrities don’t have to wear masks. Only ‘the help’ do. pic.twitter.com/ijJuBFbMz0

These people love telling you what to do and even though a lot has changed recently, some children are still forced to wear masks in school today! pic.twitter.com/sInFHRiGpm

Gonna tell my kids this was Eminem pic.twitter.com/enHgOf1H3q

Ellen Degenerate At Super Bowl Maskless Whilst Requiring Her Audience Wear One for Her Show . Hypocrite 👇 pic.twitter.com/LDoUZK8tF2

It's a total piss take every single day. pic.twitter.com/4w4jKZdvL9

Sorry hold on a second.

Harry wearing mask outdoors at Superbowl for cameras but mask off when inside and shaking hands?

What kind of science is he following? 🧐🤪 pic.twitter.com/EWMPY28Uoy

Thank god they waited to lift the mask mandate until after the Super Bowl!! We dodged a bullet there!!! pic.twitter.com/6e5kpbNgCi

Meanwhile it’s “illegal” to have more that 10 people in your home in Ontario. What a joke. pic.twitter.com/S5edcFne0p

The evidence is now overwhelming. The CDC have proven that they cannot be trusted when it comes to covid policy and they definitely cannot be trusted on the mRNA jab.
The corporate bubble of bullshit will soon burst. Then we must rebuild https://t.co/ASUsPc3fRC

Laura Ingraham asked me to comment on lingering fear mongering by MSM and some media doctors. I mentioned the Super Bowl and how things are back to normal without worry or risk of outbreaks. The emergency pandemic phase is over–time to move on. pic.twitter.com/nF5GpPL7b3

Authored by Micaela Ricaforte via The Epoch Times,

Los Angeles parents are calling on county officials to end the mask mandate for students after Mayor Eric Garcetti and other celebrities were pictured maskless at the Super Bowl LVI on Feb. 13 at SoFi Stadium in Inglewood, California.

Bipartisan parent group Outraged LA Parents said it was “deeply disappointing, but not at all surprising” to see Garcetti and other public figures unmasked at the Super Bowl despite the county’s mask mandate for outdoor mega-events.

“Our public leaders have time and again failed to lead by example,” the group told The Epoch Times in a statement. “Not just by flouting the very rules they set, but by continuing to impose harmful rules on our least vulnerable population (children) so that they can continue to do whatever they want.”

Outraged LA Parents said if Ferrer was concerned about COVID-19 spread outdoors, she would have skipped the Super Bowl.

“Instead she sat there adjusting her mask repeatedly, surrounded by maskless fans, and did absolutely nothing about it,” the group said.

“And the next day, parents across Los Angeles sent their children back to school fully masked, subject to discipline for violation, and again exacerbating learning loss, mental anguish, anxiety, and loneliness.”

The statewide indoor mask mandate is set to expire on Feb. 15, and California’s Health and Human Services Secretary Dr. Mark Ghaly said on Feb. 14 that the state’s mask mandate for students may be lifted pending a Feb. 28 reassessment of COVID-19 case rates.

Ghaly noted, however, that individual counties or school districts could still require masks in schools after the state lifts its mandate.

In LA County, Ferrer said last week that she would continue the county’s indoor mask mandate, which also covers school children, for “at least a few weeks” after the state’s mandate ends, depending on the county’s own case rates.

Ferrer’s announcement received criticism from parents, who cited research studies reporting that children have the lowest rates of COVID-19 transmission.

“It would be one thing if the rules they impose on our children were backed by science, but they aren’t,” Outraged LA Parents said.

“Study after study from across the nation, and even the world, show that masking school children has no material effect on the spread of [COVID-19].”

This comes just two weeks after Garcetti and other state officials—including Gov. Gavin Newsom and San Francisco Mayor London Breed—received criticism for posing maskless during a Jan. 30 playoffs game at the same stadium.

“I wore my mask the entire game. When people ask for a photograph, I hold my breath and I put it here [in hand] and people can see that,” Garcetti told reporters on Feb. 2.

“There’s zero percent chance of infection from that.”

California USA Oakridge High stage a walkout.. if stars at the Super Bowl don’t need masks.. neither do the kids pic.twitter.com/Pnjka5q2Fx

We believe that it’s time to let kids be kids.

As of today, masks are no longer mandatory at school.

The NDP Labour Federation went to court to force kids to wear masks indefinitely – and lost!

Want to know my most important insight in two years of researching this thing? The single most important realization? The most astonishing wakeup call?

Here it is, in less than 2mins: pic.twitter.com/rjQIaDsBy3

Masks made no difference.

Why Masks Are a Charade